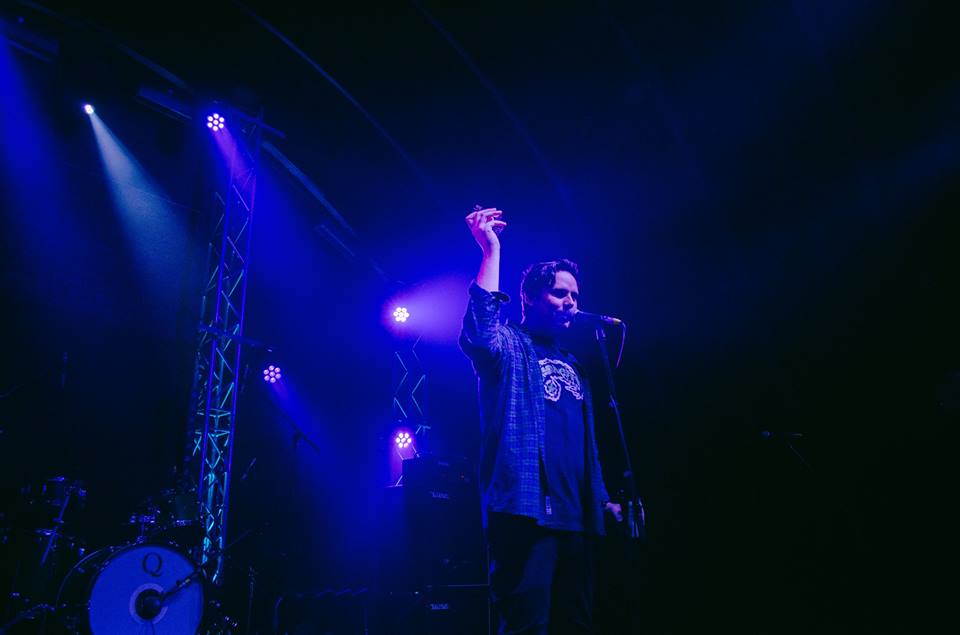 Today the National Live Music Awards – which will take over 8 venues in 8 cities across 8 States and Territories around the country next Thursday 7th December – has announced the final additions to their live roster for 2017, alongside a few special guests and keynotes!

Mojo Juju has been added to the list of performers at the Melbourne gala, hosted by triple j’s Dom Alessio. The night will close with very special tribute to The Peep Tempel by nominees Girls Rock! Melbourne featuring Swim Team, Moody Beaches and Bitch Diesel. Also set to play during the night are nominees Yeo, Charm of Finches and Party Dozen, the new project featuring nominee Kirsty Tickle with Jonathan Boulet.

Tickets to the gala are available to industry by e-mailing nlmas@heathmedia.com.au – and the event will be live streamed to the world through Facebook Live.

All other events around the country are totally free, via RSVP through Oztix, with tickets available now. Lucky door prizes courtesy of Audio-Technica will feature at every event. Those who don’t RSVP will be asked to donate $5 to Support Act on entry – and all guests will be encouraged to leave a gold coin donation for the same. Head to nlmas.com.au/tickets to RSVP.

In Adelaide, at the Grace Emily Hotel (winners last year of Best Live Venue in SA and nominees again this year), nominee Häna Brenecki will open the night, ahead of performances from MANE and Donnarumma.

Launceston, who are playing host to the event for the first time, has added ISLA KA to the lineup, a group made up of Frankie Andrew, nominee Mary Shannon and Yasmin Pauna Reece, who draw influence from the diverse worlds of pop, punk, folk and soul. They are not to be missed. They’ll open the show, preceding the already announced performances from nominees Seth Henderson and EWAH & The Vision of Paradise.

Another first time host for the NLMAs, Alice Springs has added the sounds of Bad Maths to its lineup, who will close the night following sets from 2016 Best Live Voice winner Colin Lillie and 2017 nominee Dave Crowe (Resin Moon). Laurie May will play host for the evening.

KG will be adding some extra Capital City Hip Hop to the Canberra event at Smith’s Alternative. He joins the already announced nominees and performers The Ansah Brothers (Citizen Kay and Genesis Owusu), Betty Alto, and 2016 winners and 2017 multi-nominees Glitoris who will DJ through the night.

There’s been some more names added to the event in Fremantle, too. The amazing Ali Flintoff has been added to the lineup, replacing Rag n’ Bone who have sadly had to drop out of the event. Ali is best known as the incredible talent behind a variety of projects, including Dream Rimmy and Boat Show. Also announced today are special guest presenters Tired Lion and Noah Shilkin, who will deliver a special keynote address to open the night. They join the already announced live performers Grievous Bodily Calm and POW! Negro.

Live instrumentalist nominee William Barton has been added to the Brisbane lineup at Lefty’s. The incredible artist, famed for his skills on the didgeridoo, will be joining the already announced ensemble of Katie Noonan, Elly Hoyt & My Nightingale and Emma Dean.

And last but not least, Leadbelly in Sydney can expect one of the best shows of the night with an incredible lineup, including ACT based nominee Happy Axe – who will deliver one of the most incredible performances you’ve ever seen -Tasmanian nominees Ani Lou and Maddy Jane, who just supported Harry Styles in Sydney, and local hero Sarah Belkner. The Go-Between’s Lindy Morrison will deliver a special keynote at the event in support of the NLMA’s chosen charity Support Act. Rig City, co-host of the Shitshow Podcast, will be the MC for the evening.

More DJs, special guests presenters and speakers are still being locked in, some of which won’t be revealed until the night. Guests attending the event are encouraged to keep an eye on the Facebook event pages for all events, or onto the NLMAs website (nlmas.com.au) for the most up-to-date information and set times.

Here’s a look at the full line-ups.