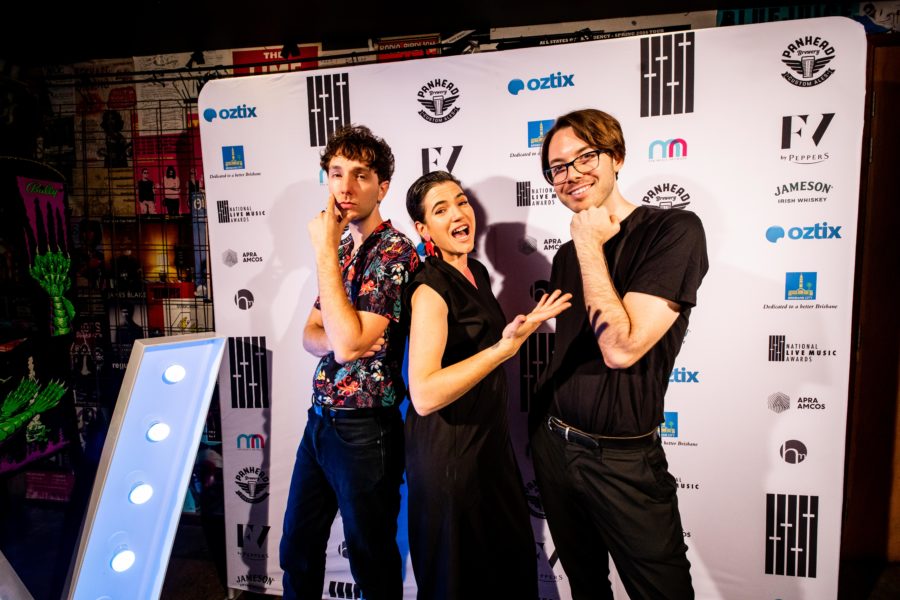 Tonight at 8 simultaneous events around Australia, the winners of the 2019 National Live Music Awards were revealed, with the awards once again highlighting the strength and diversity of the Australian Live Music Scene.

Mojo Juju walked away with two awards, winning for the second straight year for R&B/Soul Live Act of the Year, and taking home the public-voted award for Best Live Act in Victoria, presented by SYN.

Gang of Youths continued their winning streak, sitting as the most awarded act in National Live Music Awards history, having won 8 trophies across all four events. This year they took home the trophy for International Live Achievement (Band). Stella Donnelly won the Solo category for that award, adding to the three trophies she took home in 2018.

Also big winners in 2018, Tropical F*ck Storm have two awards to add to their mantle, this year for two of its musicians – Drummer Lauren Hammel and Guitarist Erica Dunn. Erica was on hand at the Brisbane event to accept the trophy for both of them. For the first time ever, the four instrumentalist awards were won exclusively by female musicians, with Bree Tranter and Jennifer Aslett taking out the Instrumentalist and Bassist categories, respectively.

There were a few surprises on the night, including Canberra outfit Glitoris taking out the Hard Rock Live Act of the Year, beating out acts such as Northlane and DZ Deathrays. Bec Taylor, a founding member of band, also took home the All Ages Achievement award in Canberra for her music education organisation, Bec Taylor’s School of Music.

Taking out the biggest industry award of the night, The NLMA, was Leanne de Souza; the award recognising her work for three years as head of the Association of Artist Managers, and 25+ years as an artist manager – cementing her status as one of the true champions of artists and managers in this country. During her speech, Leanne thanked “all the tour & production managers and crew that had my back over the years”, as well as “every person from the music and media industries that I ever put on a guest list that showed up.”

The Country Award was tied for the first time ever, with both Kasey Chambers and The Waifs – two first-time nominees in our category – taking home trophies.

Following on from her wins at the ARIA Awards, Tones & I took home Best New Act, presented by Jameson, and having played the first ever NLMAs in Melbourne, Didirri was a thrilled first-time winner for Best Live Voice in Victoria. Michelle Grace Hunder was named Live Music Photographer of the Year, and she accepted the award while in Dublin with fellow winner Ruel, who was named Best Live Voice in NSW, saying to the crowd, that she hoped her win ”inspired other young female music photographers to go out there and kick some goals”.

Two Deborahs, legendary in their own right, also took home trophies. The first was Deborah Cheetham AO, the inaugural winner for the Classical Live Artist of the Year. In a recorded message in front of a live string quartet, Cheetham delivered one of the most poignant speeches of the night, saying, “Live Music is an integral part of who we are. I salute the finalists in all categories tonight. We need to keep this alive because it’s our purpose for being. Why do we strive to do anything except to know ourselves? And how do we know ourselves but through the arts? And there’s no better way of connecting that than though live performance.”

And then the one and only Deborah Conway was inducted as a “Live Legend”, whose trophy was presented to a standing ovation by host Patience Hodgson following messages from the likes of Kate Ceberano and Paul Mason. In her powerful speech, she reflected on her career and the state of the industry, saying, “… once again recorded music is secondary to live music, it is merely the calling card for the real deal, which happens in venues from vast to intimate everywhere. Who would have predicted that? And what a wonderfully surprising outcome. While I’ve heard some despairing about the decline of record sales, signalling the end of music, I prefer to believe it’s only the beginning.”

Director of the NLMAs, Larry Heath, said of the successful night, “We were thrilled tonight to welcome a thousand people around Australia to showcase some of the best live music in the country, and celebrate the industry for the fourth consecutive year. I feel both the judges – and the general public who were given more control this year than ever before – made some incredible choices. You’ll agree with some, and you won’t agree with others – but we can all agree that this pool of talent is to be envied the world over”.

Board Member Damian Cunningham head, “Yet again through the nominees and winners tonight we have seen the overwhelming talent that Australia has to offer! It is fantastic to see such great acts as Electric Fields, Mojo Juju, Stella Donnelly, Sampa the Great and Tones and I to win awards tonight. The awards really covers all area of live music from the new emerging acts like Jack Davies & The Bush Chooks and A. Swayze and The Ghosts through to Deborah Conway who is honoured as a live legend!”

BLUES & ROOTS ACT OF THE YEAR
The Teskey Brothers

POP ACT OF THE YEAR
G-Flip

COUNTRY ACT OF THE YEAR
KASEY CHAMBERS and THE WAIFS (TIE)

HIP-HOP ACT OF THE YEAR
Sampa The Great

JAZZ ACT OF THE YEAR
The Necks

“THE SHEDDY”
LIVE DRUMMER OF THE YEAR
Lauren Hammel

LIVE EVENT IN ACT
PRESENTED BY BMA
Groovin The Moo

BEST LIVE ACT IN TAS
PRESENTED BY EDGE RADIO
A. Swayze and The Ghosts

BEST LIVE VENUE IN QLD
PRESENTED BY OZTIX
The Tivoli