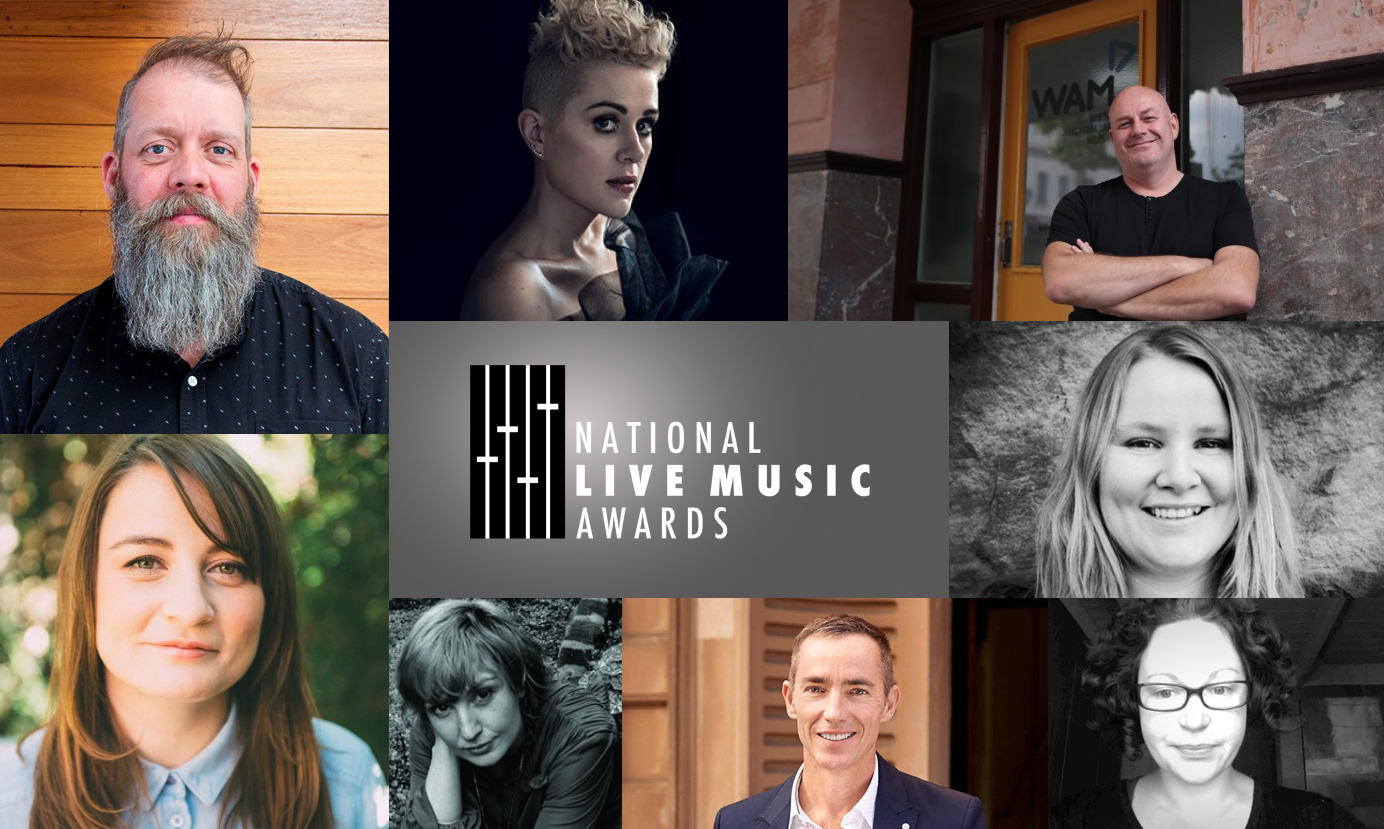 The National Live Music Awards (NLMAs) are thrilled to announce the complete selection of board members as well as the first venues set to play host to the event when the awards takes place across every State and Territory in the country on Tuesday 29th November 2016.

11 board members have been appointed for the NLMAs, in place to elect the judging panel and approve all major decisions behind the awards. The members are spread around the country to ensure every corner of the country is covered and supported by this event.

The awards contain both national and state focused categories, voted on by the judging panel, along with select public voted categories. More details on the specific categories will be released in the coming weeks, ahead of the nominee reveal in October.

In an industry first, the NLMAs will be taking place across all of Australia, with every State and Territory represented with awards and events that will be part of ARIA Week festivities.

With the exception of the ticketed Sydney Gala Event at The Basement, where the National winners will be revealed, all events will be free to the public. Tickets to these events will be made available through an online RSVP system. Further details on this, as well information on how industry and public alike will be able to attend the Sydney gala will be revealed in October, as will the venue for the eighth city – Canberra.

As for the seven venues to be announced today, they are:

More About the NLMAs:

The National Live Music Awards are a broad recognition of Australia’s diverse and successful live industry, celebrating the diversity and success of Australian live artists – recognising the best vocal talents and musicians alongside the best venues, tours, festivals and industry professions who help make it all possible.

The awards fill a gap in Australia, which does not currently have an award dedicated to the live performance industry, a side of the industry that definitely deserves the focus. After all, live performance being the most significant revenue stream for many Australian artists, in a country that is among the biggest live music scenes in the world.

The National Live Music Awards are being run under the vision of Larry Heath of Heath Media. In short, the NLMAs aim to celebrate the best live music that Australia has to offer. This event will be held as part of ARIA Week.